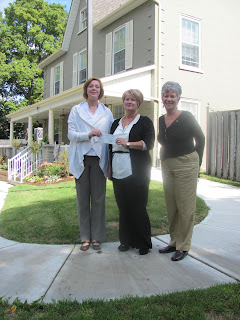 "Yes, Cameron House is still going! If you have gone near the site, however, you may be wondering…
After several years of wondering if Brock Mission could keep Cameron House shelter for Homeless women open, we are actually expanding!
While fighting to keep the house open, we completed a comprehensive review of the profiles of the women who used Cameron House services, since its opening on October 31, 1996.
A clear picture developed that many of the women who came through our doors had difficulty retaining stable housing. While they appeared to do well while staying at Cameron House, they struggled one on their own.
This lead to the concept of a “semi- independent living” program which was pitched to both the city and the province.
Through the efforts of the Housing and Social Services divisions of the city of Peterborough, The Peterborough Housing Corporation, and Brock Mission, capital funding was secured to construct 8 bachelor units onto Cameron House.
In addition, we have received some operating dollars to hire a program lead to assist with operating a Life skills program for women with a high risk of Housing insecurity.
While the construction is not likely to be completed until February, 2010, we are excited to report that we have already been running the new program for almost a year!
We are fortunate to have Beth Armstrong, one of the first staff members for Cameron house back in 1996, return to use as the Program Manager for Cameron House. She brings a wealth of experience, dedication and compassion." (copied from the brock mission website: http://brockmission.ca/wp/2011/03/23/cameron-house/)
city of peterborough Peterborough Royal LePage Shelter Foundation 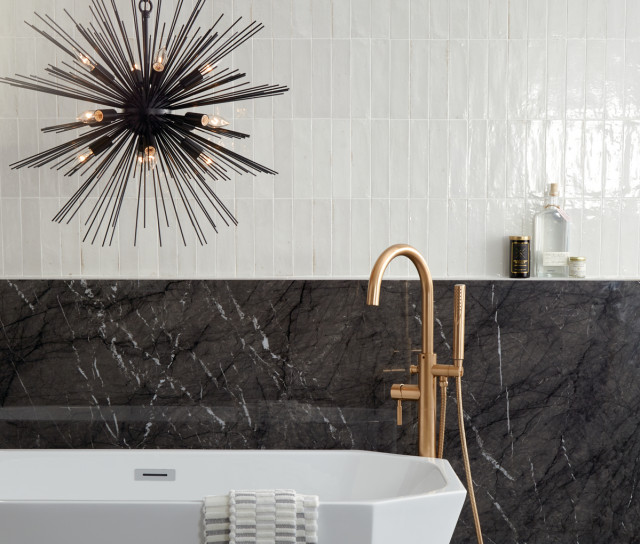 The design world has been stiffled by greys and whites for far too long, and the designers are ready for some colour and major interest. This is where interior design gets a little crazy. Check out this article in Houzz.com on the newest tile trends. Food for thought...I personally think it's a bad idea to go crazy with where you put tile. We moved into a house where the whole basement has been tiled. What a pain it will be to rip it up! Put your tile where it belongs...and have fun with design! (From Houzz.com) Many new tile products in 2020 feature geometric and floral patterns, a continued trend. And recent overall design trends like dark walls, muted tones and the colour blue have made their way into tile design. "We are seeing lots of large-format tiles. They offer a new, fresh look with an easier installation," says Cindy D'Alessio, director of special projects at Emser Tile. "Also, metallic finishes of accents, the addition of textures in traditional

Pink! Mint Green! I can hardly believe that two of my former most hated colours, pink and mint green, are among the colour trends of the year...and I love them. Put these together with gentle hues of blue grey and navy and a little yellow and it is a beautifully soothing and refreshing pallet of colours. I have been in my current home for 10 years now, and haven't painted, except for my children's room, since. Time for a refresh, and I'm excited for these options. Now, if you are still a little trepid to change a whole room to one of these choices, keep your warm white, or grey and add these colours as accents in seat cushions, pillows, art work or window treatments. Even a beautiful pink vase is going to look amazing next to your grey walls. Does this remind you of the late 80's? Click here for the full Benjamin Colour Trend Brochure. 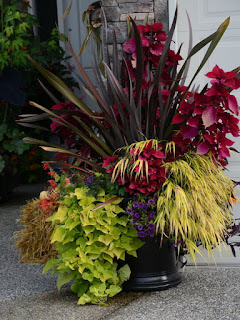 9 Ways to Refresh Your Summer Container Gardens for Fall